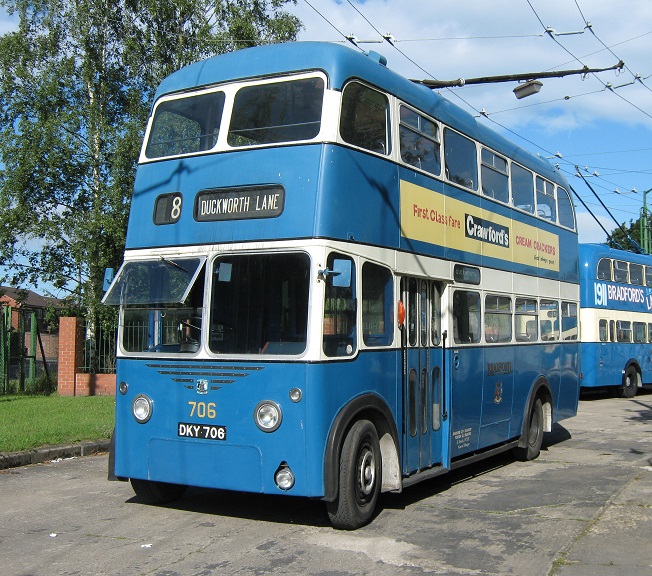 This trolleybus entered service on 27 May 1945, less than three weeks after the Second World War ended. Initially it had a MetroVick MV207 traction motor and a Roe body built to basic wartime “Utility” standards with 56 (30/26) wooden seats. In 1951 the seats were replaced with upholstered units from withdrawn motorbuses and between 1955 and 1957 its capacity was increased to 59 seated passengers.

In 1960 706 received a new forward entrance East Lancs body and in the later 1960s a secondhand MV209 motor. It ran in this form until it was withdrawn on the last day of trolleybus operation in the UK, having been used on the special commemorative tours on both days of the closure weekend (25th and 26th March 1972).